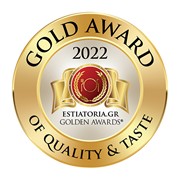 Our Executive Chef & Famous Author, Michalis Ntounetas  with three decades of continuous and successful cooking experience, began his culinary journey at a young age after completing his culinary studies and obtaining his degree from  Anavyssos Cooking School in Athens. His internship begins in Crete and continues at the Intercontinental Hotel in Athens, where he meets his mentor, famous chef Claus Feuerbach, and spends two years with him in the famous Pajazzo. His journey abroad begins in Luxembourg, an experience that developed his profession. Working at the Intercontinental Hotel, the two-star Michelin restaurant La Bargerie, is a milestone in his career.

Upon his return to Greece, he worked for five consecutive summers at a restaurant in Mykonos. Then continued his career in Athens where he works at the Athens Golf in Glyfada, Casa di Pasta (restaurant chain), Red of the Athenaida complex, Vive Mar, Baraonda, Dionysos by Acropolis and continues as a consultant and Executive Chef for the VS group. A Hospitality Group of Vlasis Stathokostopoulos (25 restaurants, café, catering, clubs) with  many Greek – International Hotels & Restaurants and mulitiaward winning (Gold Hats Awards, Greek Cuisine & Gourmet awards).

He completed his experience by attending in Greece or abroad, Italian and French cuisine seminars (Etoile-Italy School, Ritz School and Alain Ducasse-France), confectionery (chocolate making in Valrhona-France), Haccp etc. By attending culinary arts he became a  connoisseur of Italian, French and, in general, Mediterranean cuisine. He is perhaps the only Greek chef certified by Valrhona for his confectionery knowledge.

A connoisseur also of Moroccan and Cuban cuisine. He trained in restaurants in Morocco and by Cubans in Athens, where he had the chance to meet and taste  different cultures, techniques  and pass all of his  «professional experiences»  to Cubanita and Marakesh restaurant.

Author of cooking recipes in newspapers and magazines, rapporteur of seminars in Greece and abroad and collaborating chef in several catering companies.

He participated in TV cooking shows.

Today, he continues his multi-year career as a culinary arts teacher at the “Le Monde” Cooking School, passing on his many years of experience to his students.

When the dinner comes, Pergeros restaurant welcomes you to an amazing dining atmosphere. Enjoy a romantic candlelit dinner under the stars overlooking the magnificent Caldera and be introduced by our award-winning Chef Michalis Ntounetas to a selection of exquisite dishes inspired by Greek and Mediterranean cuisine. Experience a unique journey in flavours of Santorini accompanied with a local famous Santorinian wine. Delicious vegetarian options are also available.

Book your table at Pergeros Restaurant and enjoy a unique dinning experience with a breathtaking view to the caldera.

Located at our swimming pool area and featuring wonderful caldera views is the perfect choice to enjoy a leisurely buffet breakfast with a wide variety of delicious, freshly made treats to start the day.

During lunchtime, spend carefree and relaxing time by the swimming pool and enjoy fresh prepared snacks and light dishes. As the sun goes down and gives its turn to the night enjoy the breath-taking sunset accompanied with fresh signature cocktails and wine tasting from our Cocktail Bar.

Spoil your self while you are lounging and relaxing. Our all day bar at our looby is offering a vast selection of refreshing beverages and singature cocktails.